NEW YORK — The Big Apple is flush with romance today on Tu B’Av, the “Jewish Valentine’s Day.” According to tradition, this day is considered an opportune time to find one’s true mate, with tales of maidens in fields in white virginal dresses who are chosen by their besheret, or soul mate.

There are modern equivalents in New York, where events for Jewish singles and couples marking the holiday abound. There will be romantic dinners, parties, picnics, cruises, complete with scattered rose petals, heart-shaped balloons, sunsets, moonrises, summer breezes, soft music and gallons of alcohol. All in an effort to produce that single, perfect moment in which eyes and hearts meet, and love is born.

Love is the goal, agrees David, though “for us it’s achieved more with whips, handcuffs, and genital clamps.”

David — who asked not to be identified by his real name — is a Modern Orthodox single from Brooklyn in his late twenties. His J-Date profile, which his mom set up for him, describes him as a Jewish educator and pro-Israel activist, who enjoys karaoke, cooking, hosting Shabbat dinners, and walking his dog. His FetLife profile, however, describes him as a submissive masochist slave, who enjoys being “dominated, humiliated, spanked, flogged, gagged, penetrated” and walked like a dog, among other things.

He’s looking for a nice Jewish Dominant girl who can do these things for him. This Tu B’Av, he hopes to find one that he can also bring home to mom. 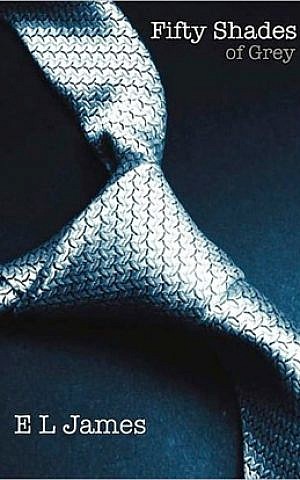 David got into kink in 2011, after stealing his sister’s copy of “Fifty Shades of Grey.” Though he found the characters and relationships to be “the worst kind of sugarcoated sentimental goop,” the bondage and discipline scenes resonated deep within him. So deep, in fact, that halfway through chapter 16 he burst into tears.

“I wanted so bad to be in her place,” he sniffles. “Her experiences were everything I always wanted and never thought existed. When I finally saw them in words, it hurt to think that this is just some goyish novel, it isn’t real, and that even if it was, it could never be mine… It would break my mother’s heart.”

There are thousands of Jews in New York who define themselves, secretly or publicly, as kinksters. 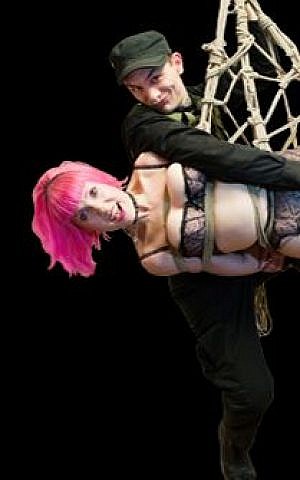 Being a kinkster can mean anything from playing doctor with your partner to actually slicing them open with a knife. It can be a preference or a necessity, a pastime or a 24-7 commitment, a mild interest or the pillar of one’s social, cultural and sexual identity.

FetLife, a website that defines itself as “the Facebook for kinksters” – though the pictures usually include everything but the face. It currently hosts almost 1.5 million US-based profiles of self-declared kinksters, some 100,000 of them from New York. Jewish-related Fetlife groups in the region include at least 3,000 members.

“There’s a Hebrew saying: ‘There are 70 faces to the Torah,’” says Ayo Oppenheimer, 27, founder and editor of the website Jewrotica.org. “As I see it, Judaism is very much a framework for engaging with life. It is a broad, dynamic construct, which allows for more sexual creativity, pluralism and tolerance than people normally give it credit for.” 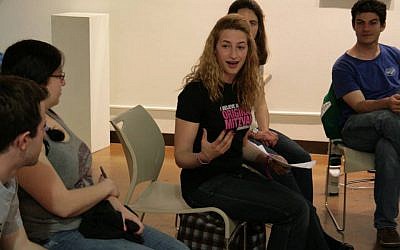 The intersection between sexuality, interpersonal relationships and Judaism is something that had always interested Oppenheimer. As a kid, growing up in a observant household, she never hesitated to relate to questions or matters that others might find embarrassing. As a teenager, even older friends and siblings would come to her for relationship advice. As a young married woman in her twenties, she began leading informal workshops on sexuality and relationships for young Orthodox couples.

She was living with her husband in an insular Jewish community in the Bronx, making a name for herself as a Jewish educator, when she decided to make a break for it.

“It was a good life, but I was feeling a little boxed in,” she says. “I wanted to see the world.”

In 2010, the couple ditched their Bronx apartment and moved to the Dominican Republic. Oppenheimer worked as a yoga instructor in a beach resort, a then a camp director in Costa Rica in Costa Rica, then a traveling lecturer at universities across the country. She befriended circus people, jugglers, dancers and hippies along the way. Some of the different lifestyles and expressions she encountered she integrated into her own life.

“I came to see life as a buffet… Rather than opting for a pre-set dish, where you keep the company of other diners who are just like you, I chose to create my own world, my own meal, and then find other people to invite to it.”

The idea for Jewrotica was born in 2012, after Oppenheimer read a New York Times article reporting that “Fifty Shades of Grey” first became popular among the Orthodox Jewish community in Washington Heights.

‘We have Jewish food, Jewish literature, Jewish everything – but we lacked a platform to discuss sexuality and relationships in a Jewish context’

“When I heard that an Orthodox women’s book club was reading and discussing “Fifty Shades,” I realized that there was a real need and an opportunity here. We have Jewish food, Jewish literature, Jewish everything – but we lacked a platform to discuss sexuality and relationships in a Jewish context,” says Oppenheimer. 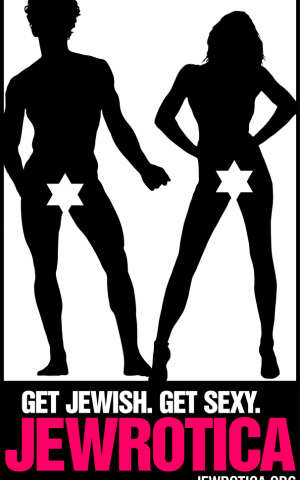 “I navigate multiple worlds. I speak the language of many different communities, and I can integrate – but there is definitely a challenge in having each foot in a different world. Sometimes I feel that I’ve seen too much… Other times I feel that I hold myself back from truly exploring.”

Despite its reputation, she says, “Kink truly instills the values of creativity, communication and respecting boundaries… People in the kink community are often much more respectful of each other’s boundaries and well-being than in the vanilla (normal) world. It’s a society with a clear code of conduct and ethics… There is negotiating the boundaries beforehand, and follow-up meetings to see that everything is okay afterwards. There are contracts, safewords… There’s a culture of being honest and direct. It would be great if in the vanilla world, people could tell each other what they want like that.”

Still, she says, there is no way to judge kink as a whole. “It’s a system, a tool, and like any tool can be used in either constructive or destructive ways. To give either a blanket endorsement or a blanket recrimination would be foolish of me.”

David is planning a Tu B’Av party with some friends.

“I have something a little different in mind,” he says, eyes glowing. “This is what I’m imagining: we meet in central park, after dark. The Doms [Dominants] are wearing black. The subs [submissives] are wearing white. A signal is given, and we run. They run us down. Whoever pins me down – I’m hers.”

David laughs when I remark that this is hardly in the spirit of the holiday. Weren’t there wreaths of flowers and joyous dancing in the vineyards?

The earliest mention of the holiday can be found in the Book of Judges, Chapter 21, in the story of “the mistress on the hill.” Youngsters from the tribe of Benjamin kidnapped the beloved mistress of a man from the neighboring Levi tribe, and raped her to death. After the Benjamites refused to hand over the perpetrators for justice, a war broke out, with the rest of the Israel vowing never again to give their daughters in marriage to the Benjamites.

Weren’t there wreaths of flowers and joyous dancing in the vineyards?

Within a generation the tribe of Benjamin was dying out, and the rest of Israel regretted their hasty oath. Finally, they devised a plan to get around it.

“But look, there is the annual festival of the Lord in Shiloh,” they said to the Benjamite men. “When the young women of Shiloh come out to join in the dancing, rush from the vineyards and each of you seize one of them to be your wife”

The Benjamites got their women, no oath was broken, and thus was born the holiday of love.

Those were entirely different times, of course: different values, a different kind of love. But it does shed a new light on David’s preferences.

“I’ve heard people say that we’re perverts, and by trying to bring Jewish traditions into our lifestyles, we’re perverting Judaism as well,” he says. “But I’d like to point out that as far as this night is concerned, I‘m just returning to the sources.”